Kate Evelyn Luard was born in 1872, the 10th of thirteen children born to Rev. Bixby Garnham Luard and Clara Isabella Sandford (nee Bramston). Her childhood was spent at Aveley Vicarage, Essex.  A defining moment in her life was her time spent at Croydon High School for Girls (1887-1890). The headmistress and founder of the school was Dorinda Neligan, a suffragette and campaigner for women’s rights who had served as a nurse in the Franco-Prussian war.

Her parents moved to Birch Rectory, near Colchester, Essex, in 1895 which became the base for all the family; and to where almost all Kate Evelyn Luard’s Boer War and WW1 letters were addressed. 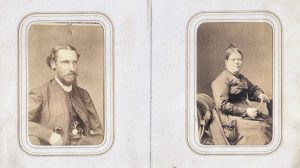 On leaving school Kate took various jobs including that of a governess to earn money for her training as a nurse at the prestigious nurse-training school of Kings College Hospital, London. In 1900 she offered her skills to the Army Nursing Service and served for two years in S. Africa during the Second Anglo- Boer War.

Following nursing work at home, Kate enlisted in the QAIMNSR (Queen Alexandra’s Imperial Military Nursing Service Reserve) on August 6, 1914, two days after war was declared. She served in France & Belgium until 1918, first on the ambulance trains and then in Casualty Clearing Stations. She was awarded the RRC (Royal Red Cross) and Bar ( a rare distinction) and was twice mentioned in Dispatches for gallant and distinguished service in the field. 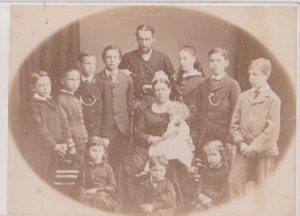 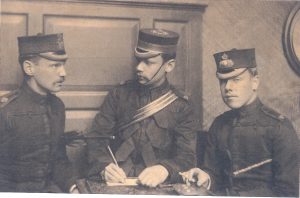 During this time she exchanged numerous letters with her family at home. Many of those she wrote were published in two books: ‘Diary of a Nursing Sister on the Western Front 1914-1915, published anonymously in 1915, and ‘Unknown Warriors: The Letters of Kate Luard, RRC and Bar, Nursing Sister in France 1914-1918’ first published in 1930.

A new edition of Unknown Warriors was published by The History Press in August 2014, followed by a paperback edition in 2017.